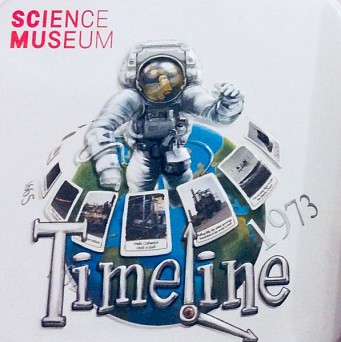 Was the Ford Model T invented before the Iron Lung ventilator? How about Einstein's Theory of General Relativity? Did it come before or after the Wright Brothers first powered and sustained flight in an aircraft? The game is designed to test your knowledge of London's famous Science Museum!’

In Timeline Science Museum, these are exactly the kinds of questions you'll ask yourself each time you try to play one of your cards. There's only one objective: be the first player to play all of your cards correctly in the timeline!

Approved by the museum the game contains 110 cards and is based on the Science Museum's collection of scientific, technological and medical achievements from across the globe. They can also be mixed with cards from other Timeline editions. By mixing two or more Timeline games with different themes, you can make your game even more challenging!